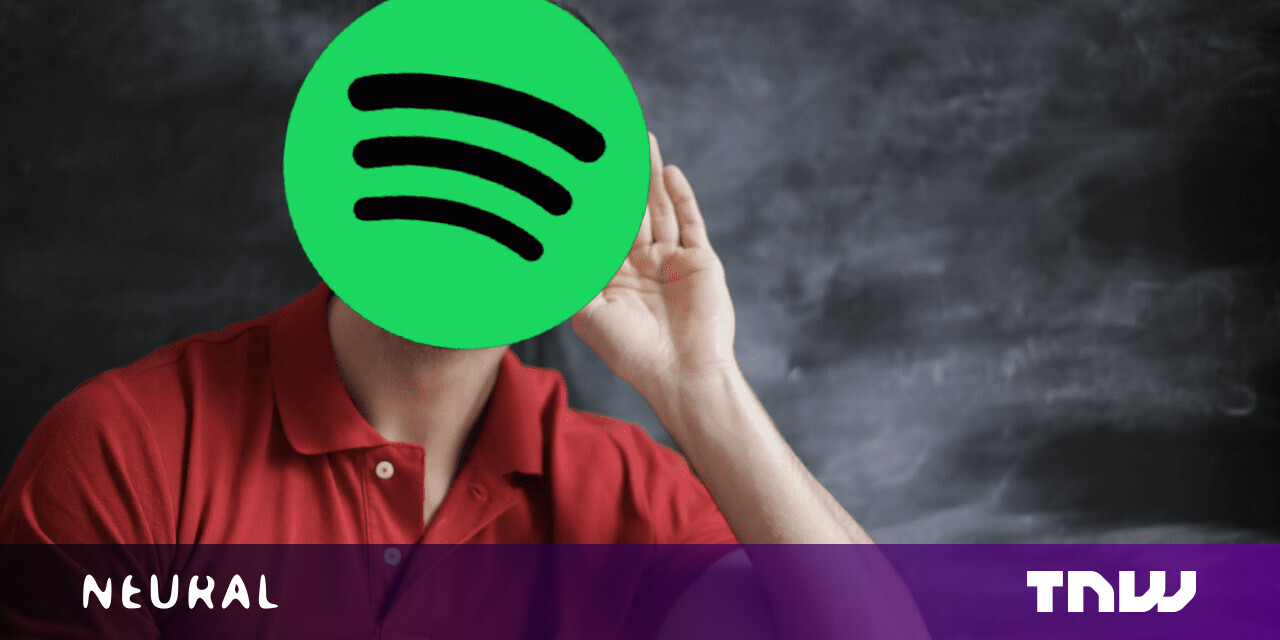 The patent, which was granted on January 12, outlines a method of using audio signals picked up by a microphone to infer the user’s mood and social setting. It also details ways of identifying their age, accent, and gender by analyzing their voice.

The campaigners say the tech is “dangerous, a violation of privacy and other human rights, and should not be implemented by Spotify or any other company.”

In an open letter, the coalition of over 180 musicians and human rights organizations called for the streaming giant to publically commit to never use, license, sell, or monetize the system.

“You can’t rock out when you’re under constant corporate surveillance,” said Tom Morello of Rage Against the Machine in a statement. “Spotify needs to drop this right now and do right by musicians, music fans, and all music workers.”

The letter describes five major concerns around the tech: emotional manipulation, discrimination, privacy violations, data security, and the exacerbation of inequality in the music industry.

Spotify says it has no current plans to implement the patent, but the campaigners fear another entity could still deploy the tech.

“Claiming to be able to infer someone’s taste in music based on their accent or detect their gender based on the sound of their voice is racist, transphobic, and just plain creepy,” said Evan Greer, a musician and the director of Fight for the Future. “It’s not enough for Spotify to say they’re not planning on using this patent right now, they need to commit to killing this plan entirely.”

The campaigners asked the company to publicly respond to their demands by May 18.