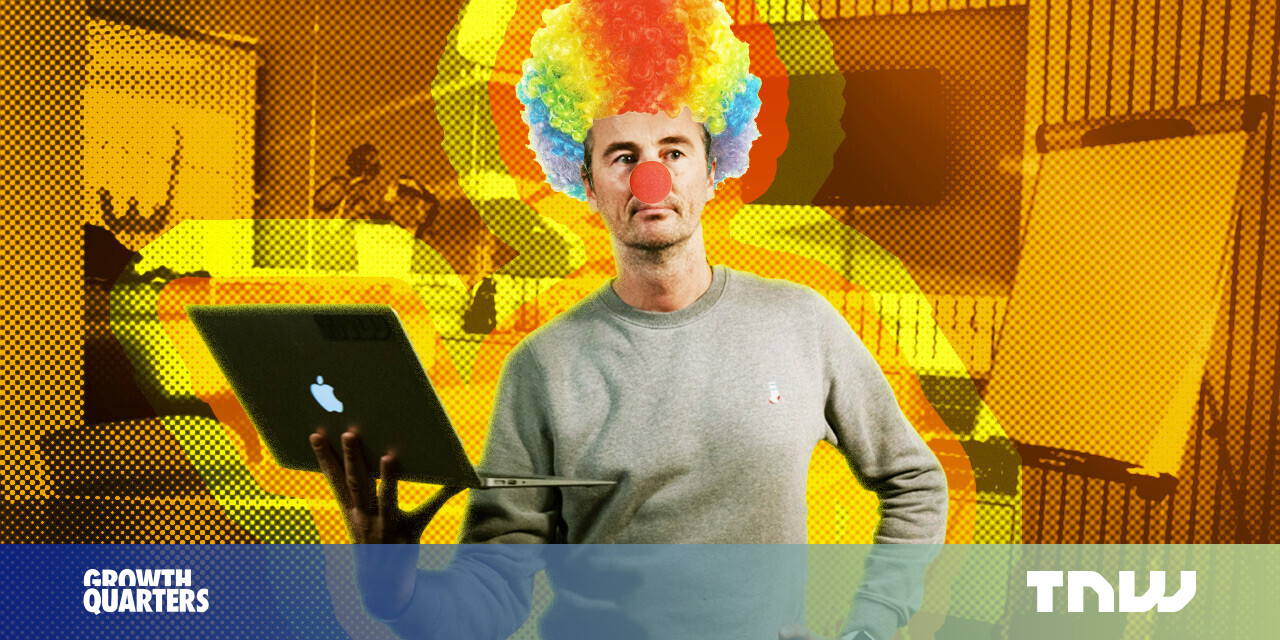 Boris is the wise ol’ CEO of TNW who writes a weekly column on everything about being an entrepreneur in tech — from managing stress to embracing awkwardness. You can get his musings straight to your inbox by signing up for his newsletter!

Once upon a time, I was hired by a company and given the title ‘general manager’ of a business unit. I was 30, had started two companies before, but had never felt like a manager or knew what was expected from a manager.

So what did I do? I panicked.

I started looking around me to see what the other managers were doing. I noticed they carried leather-bound notebooks and wore suits… so I bought a suit and a notebook.

I basically tried to emulate the other managers as much as possible, but I felt awful and insecure every step of the way because none of it felt natural to me.

One day I broke down and confessed to my own manager that I had no idea what I was doing.

He smiled and said “Boris, we already have 10,000 managers here. We don’t need another one that looks and acts like the ones we already have. We hired you for your unique skills and personality. So stop trying to act like a manager and just be yourself.”

You can imagine the immense relief I felt when I heard him say that and how much better I felt about myself.

But why am I going on about this? Well, I was reminded of this time in my life when I saw this tweet:

If you can make me laugh during an interview, there is a 9/10 chance I’ll rate you “Strong Hire”.

Today a candidate found a picture of me from last Halloween, zoomed in on my face, used it as their Zoom background.

I was speechless. It was hilarious.

If you have someone applying for a job, and the chemistry is so good you can have a laugh together from the start, I’d definitely consider that a good sign!

…but then I also thought about all the bad presentations I’ve seen in my life.

We’ve all seen presentations where the person has clearly read somewhere that ‘you should always start with a joke.’ So despite it not being natural to them, they take their shot at standup comedy and fail miserably — making the whole thing excruciatingly awkward.

Starting a presentation with a joke — or making a joke during a job interview — are incredibly scary and risky things to attempt, and I would never give this as general advice to anyone.

But what would be my general advice? Do what makes you feel at ease.

A friend and colleague of mine of ten years recently announced she’s leaving my company. After I overcame my disappointment we started chatting about how she had applied for her new job. Turns out, she didn’t…?

Halfway through the meeting she had with the company, the interviewer said “We’re going to make you an offer” at which point she suddenly realized “Oh shit, this is a job interview!”

I laughed out loud at the story, as it seemed so naive and absentminded — but I also quickly realized that this probably helped her land the job.

I understand this advice is much more complex than just saying ‘start with a joke’ — but that’s just how it is. You are unique and I hope you’ll find a company or team that recognizes your uniqueness. And if they don’t, then the job probably isn’t right for you.

But also, always start your presentation with a joke.

Can’t get enough of Boris? Check out his older stories here, and sign up for his newsletter here.