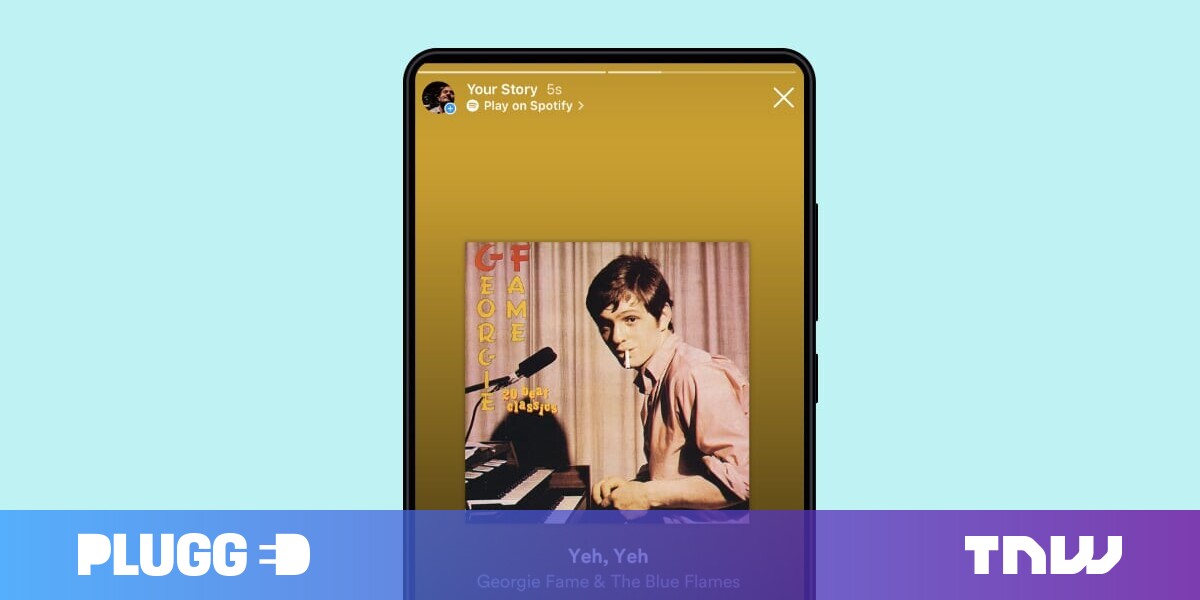 If you’re not over Twitter‘s shaky Fleets rollout, I have more “Stories” news for you. After social networks ranging from Facebook to LinkedIn have adopted this format, music streaming giant Spotify is testing the waters with ephemeral images and videos feature.

As Twitter user TmarTn noted, if you search for the Christmas Hits playlist on Spotify‘s mobile app, you’ll see the Stories feature pop up on the company’s logo. As you can see in the clip below, currently, it’s a collection of video messages from different artists.

This has got to stop pic.twitter.com/xsurbrJblx

This is not the first time Spotify is experimenting with this format. Last year, it gave access to some artists to share insights into their music-making process through stories.

[Read: How to build a search engine for criminal data]

I think Stories on Spotify isn’t a bad idea. But I’m just not interested in watching video messages from artists there; I could catch those on Instagram. But if I could look at song recommendations from folks I follow on Spotify and tune in directly within the app, I’d use the hell out of the Stories feature.

To be clear, I am not suggesting Spotify Stories should be available to everyone in the current format. I don’t want to see videos of people on a music streaming platform. Just let me see music recommendations — both from artists and my friends.

The company already allows you to share a song on other social networks such as Snapchat and Instagram. If Spotify could also leverage its 300 million+ user base to create connections between them and fuel more organic music discovery, that could keep people glued to the app for longer.

Currently, it’s possible to follow your friends and artists on Spotify. But you can only look at what they’re listening to on its desktop app. The Stories format can fill that lack of deep social connections on the platform in a meaningful way. Spotify, if you’re interested in this idea, have your people call my people.