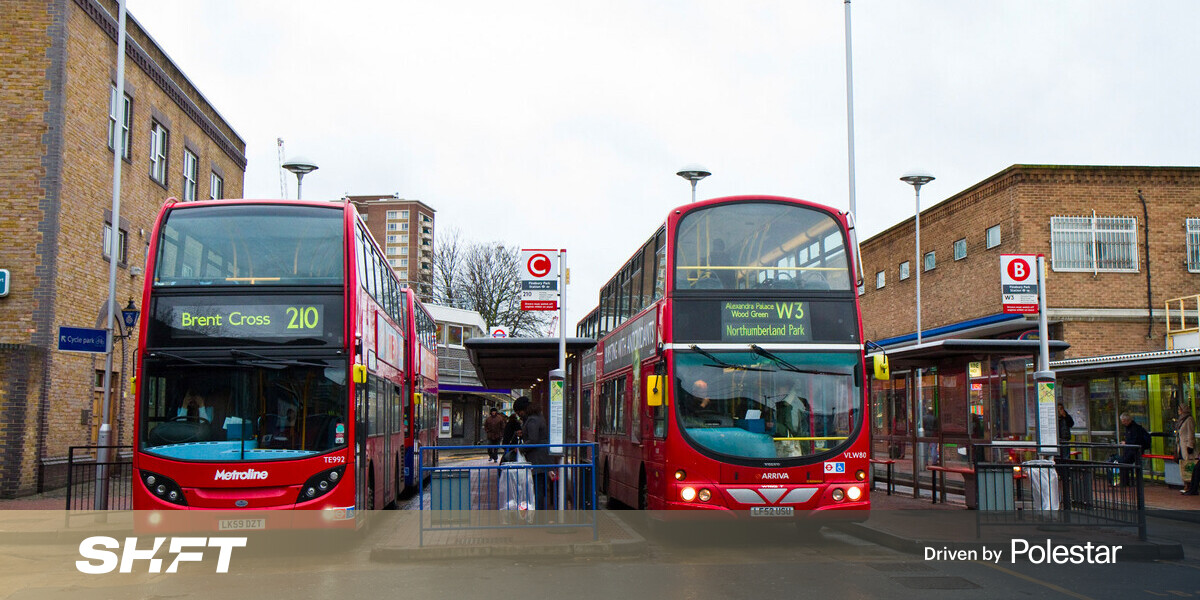 UK Prime Minister Boris Johnson has announced plans to invest £3 billion (US$4.18 billion) in bus services across England, including the roll-out of 4,000 new British-built electric or hydrogen buses.

As part of the investment, the government has pledged to introduce hundreds of miles of new bus lanes, provide more weekend and evening services and introduce contactless payments on all buses.

‘Turn up and go’ services

Commenting on the announcement, UK Transport Secretary Grant Shapps said: “Buses are this country’s favourite way of getting around. They help us get to school, to the GP, or to the shops – but services across England are patchy, and it’s frankly not good enough.

“The quality of bus service you receive shouldn’t be dependent on where you live. Everyone deserves to have access to cheap, reliable and quick bus journeys.

“The strategy we’re unveiling today will completely overhaul services, ensuring we build back better from the pandemic. Key to it is the new deal it offers to councils – we will provide unprecedented funding, but we need councils to work closely with operators, and the government, to develop the services of the future.”

The DfT said it expected to see local authorities and operators working together to deliver bus services so frequent that passengers could just “turn up and go” – no longer needing to rely on a traditional timetable or wait more than a few minutes.

Laura Shoaf, Chair of the Urban Transport Group and Managing Director of Transport for West Midlands (TfWM), welcomed the announcement, saying the strategy had a “positive and ambitious” vision for the future.

“Prior to the pandemic, bus use and bus networks were in decline and fares were increasing – so the additional funding pledged by the Government is welcome,” Shoaf said.

“There can be no green and just recovery from the pandemic without better bus services so the bus will continue to need a bigger slice of overall transport spending and for this funding to be sustained over the long term,” she added.

The plan has been criticized by unions and the opposition Labour party, however, who pointed to falling passenger numbers and previous cuts to services.

“This so-called strategy offers nothing for those who were looking for a bold vision to reverse the millions of miles of bus routes lost across the country,” said Labour’s Shadow Bus Minister Sam Tarry.

“People will be wondering when they return to work whether there will be enough affordable and regular buses for their daily commute.”

“The Government must do more to protect this crucial sector – not least given we’ve already seen more than 1,000 jobs lost in the bus and coach manufacturing industry alone since the pandemic started,” Tarry added.

Outside of London, England’s city bus services are run by various private firms, with multiple companies operating in some cities.

This means passengers can often end up paying multiple fares if they need to change buses during a trip.

Under the Transport for London (TfL) network, users pay a flat fee of £1.50 which covers all bus journeys taken within one hour, meaning passengers can change multiple times without incurring more fees.

Some cities, including Manchester, have floated the idea of introducing bus franchising across the city region, which would scrap the current privately operated system.

An Ipsos Mori-led consultation on the plans held between December 2020 and January this year garnered more than 12,500 responses, 82% of which were in support of a franchising model, according to the Greater Manchester Combined Authority.

Greater Manchester Mayor Andy Burnham is set to consider whether to proceed with the franchising plan over the coming weeks, and if approved, the model could be rolled out in three phases with one sub-area of the city region introduced each year between 2023 and 2025.

Do EVs excite your electrons? Do ebikes get your wheels spinning? Do self-driving cars get you all charged up?